“It is most fitting that this building be named for one of Montgomery County's best-known judges,” said Governor O’Malley. “The naming of the L. Leonard Ruben District Court Building  is a fitting tribute to a man who gave far more to his community than it could ever give to him.”

The husband of former Maryland State Senator Ida G. Ruben, Judge Ruben collapsed and died at the door of the courthouse on March 21, 2007. He was on his way to hear cases in the building now named for him. He died a few days short of his 82nd birthday.

Judge Ruben began his judicial career in 1974, serving 10 years on Montgomery’s District Court and 10 years on the Circuit Court. He retired in 1995 at the State’s mandatory retirement age of 70 but continued to help with heavy caseloads by hearing cases several times a month. “Like his wit, renowned, his jurisprudence, steadfast, this building named for the Honorable L. Leonard Ruben is a fitting memorial and reminder of Judge Ruben's legacy,” said Robert M. Bell, Chief Judge of the Maryland Court of Appeals. “When our citizens enter the L. Leonard Ruben District Court, we will endeavor to provide them with the same fairness, respect and humility that defined Leonard Ruben.”

Judge Ruben was most proud of “Live Your Dreams - Don't Use Drugs,” an antidrug program he started. He took more than 15,000 high school students through his courtroom to watch sentencing hearings in drug cases and to hear drug-crime defendants tell their stories. “That Judge Ruben is to be honored in this way today speaks volumes about the man that he was and the husband, father, friend, and colleague that we will always remember him to be,” said Chief Judge Ben C. Clyburn of the District Court of Maryland.

The site of the four-year-old building was selected because it is centrally-located, near public transportation and with existing public parking across the street – all Smart Growth principles embraced by then-Governor Parris N. Glendening. The courthouse was designed to help ease an ever-increasing and changing caseload, and to assist the District Court in providing the quality service Maryland citizens expect and deserve. The ribbon-cutting was held on September 22, 2004.

The District Court of Maryland handles traffic cases, civil cases up to $25,000 and landlord tenant issues. The 71,392 square-foot, four-story building was built on a 1.3 acre parcel of land at Second and Apple Avenues. In addition to four courtrooms, the building includes offices for the District Six court operations, Commissioners, State’s Attorney, Public Defender, Parole and Probation and the Drunk Driver Monitoring Program.

Construction of the building, administered by the Maryland Department of General Services (DGS), was built on time and $500,000 under budget as a result of efficient construction processes. General Services manages this building and 14 other District Court/Multi- Service Centers across the State. 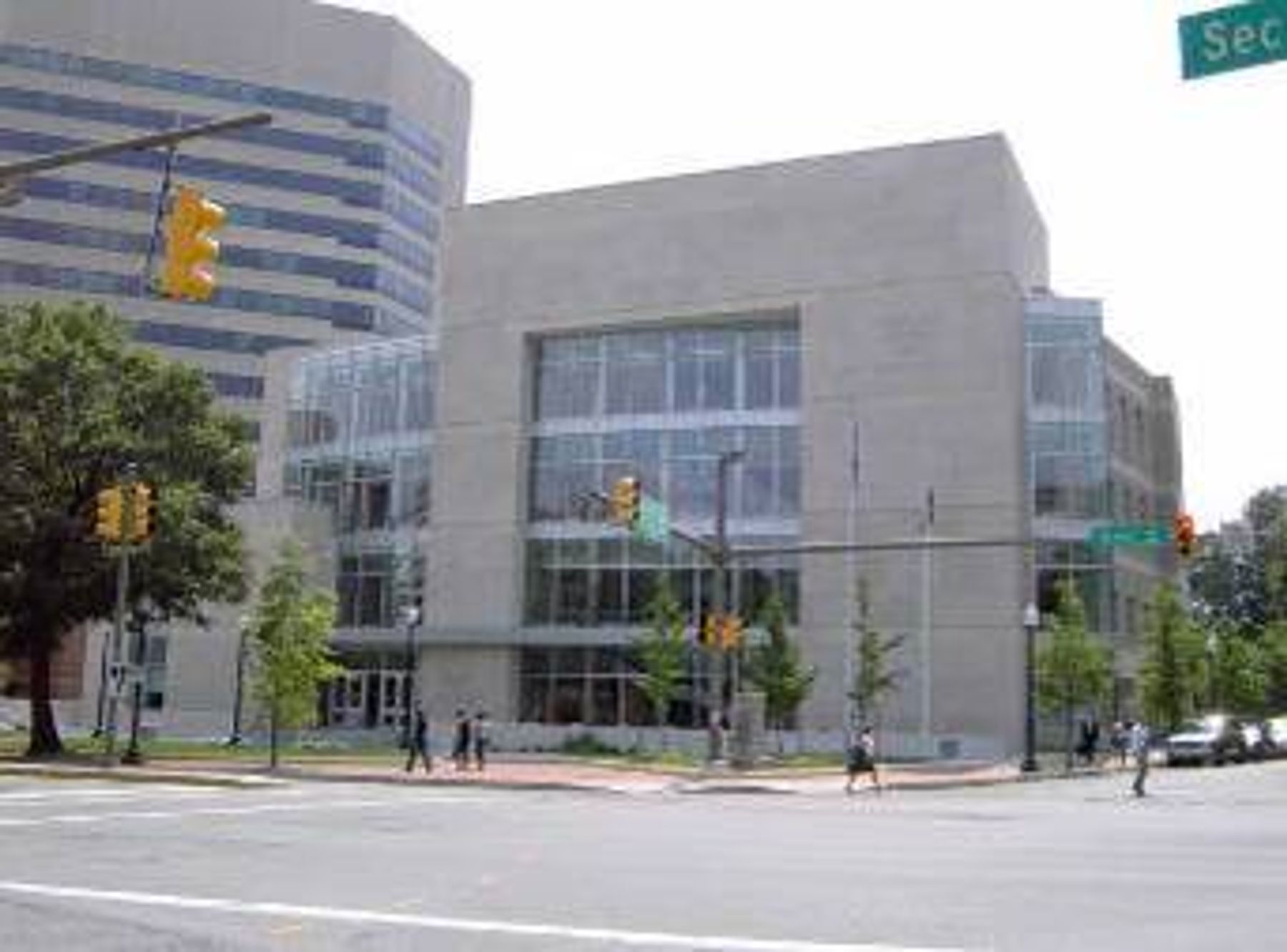