Mary Ann Mear’s sculpture in the garden in front of the Argent is a series of vertical elements along a curved path.

In response to the site, I have focused on creating a series of vertical elements along the curved path.  These column/sculptures frame the pathway as one walks along it as well as playing off the geometry of the building behind it.

The forms of the column are quite simple being only three sided.  However, there is a mystery to them as they shift as one walks through and around them.  They are asymmetrical and organic; the triangular twisting planes swell and recede while curving in space. There is latent energy expressed in the torque of the forms. While hard edged and made of stainless steel, which is a very rigid material, the columns have a kind of lyricism in the swaying forms and the softness of the burnished finish.

Another aspect of the sculpture is the play between sculpture and architecture. While suggestive of architectural vocabulary, the sculptures support nothing; they serve no function aside from an expressive one in articulating space to create an interesting experience in the moment of walking through the sculpture.

In terms of expressive content, the columns are intended to add energy, lyricism and a bit of “joie de vivre” to the site while still being elegant. 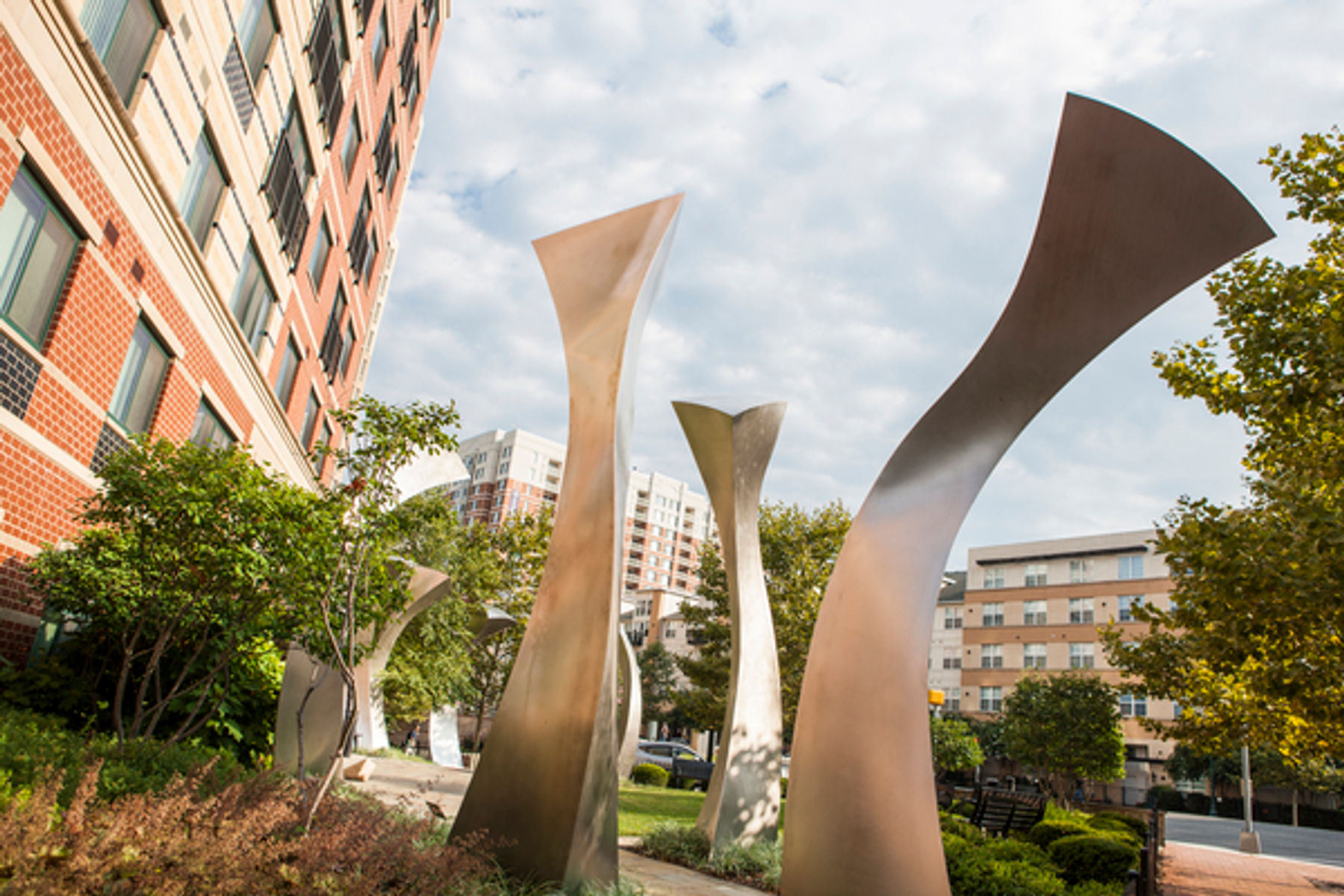